From Sun to Saints 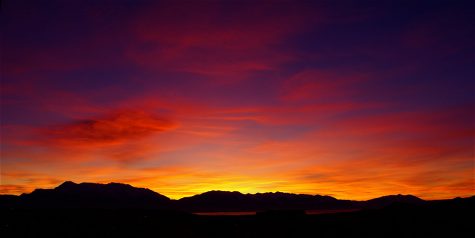 Real Estate is booming, families are moving. The recent eastward exodus from California could one day give birth to a new tradition here at Davis High.

Aspen Bishop and Isaac Chamberlain were willing to answer some questions, to shed light on the subject. They were both asked what they like about Utah and their experience at Davis High.

Isaac arrived in Utah during the summer of 2017. He was eleven years old, preparing to start sixth grade. Now in his senior, he has seen and understands what life is like in Utah.

“There are some benefits to everyone being of my faith. For one, I really like seminary, because I would have had to do early morning seminary there. Being with extended family is awesome too,” Isaac said of what he likes about Utah.

Davis High School is a literally historic. People have been sending their kids here since 1914. Our two state titles this year alone demonstrate our athletic dominance. The question is, how will kids who have not been raised in the “tradition” will fit in?

Isaac’s answer to this question was simply, “I like the people here. It’s cool.”

In a school of over 2,000 people, there are a lot of people to chose from. Our school becoming more diverse as well. As more people from California, Washington, and Oregon move to Utah, the native Kaysville population will be dotted with more Isaacs.

Aspen’s experience in Utah is different from Isaac’s. For one, she moved just before this schoolyear during the March shutdown. A New Yorker (state not the city) brings the east coast perspective to our discussion.

“There’s lots of small towns you can drive through, and while there are small towns there’s a lot of big cities you can go to. There’s things to do whereas in where I lived before it was a small town and there was just nothing to do,” Aspen said of what about Utah she was impressed by.

Utah’s city-suburb dynamic is very different from a lot of other places. The mix of both, packed in between mountains and the lake, here on the Wasatch Front is a new experience for out-of-staters.  The linear displacement or urban and suburban centers is dissimilar from the west and east coasts.

Moving anywhere, let alone across the country, always introduces challenges, but in my experience and the experience of my peers, the move to Utah isn’t a bad one. So sun or no sun to the land of saints isn’t that bad of a deal.