A tall metal monolith was discovered in southeastern Utah on November 18, 2020 by the Utah Department of Public Safety’s Aero Bureau while they were counting bighorn sheep. Shockingly, the mysterious structure vanished, leaving a slew of conspiracy theories in its wake.

Found standing in a red rock slot canyon, the monolith was a 10-foot tall structure made of metal sheets riveted together in the shape of a triangular prism. It was unclear to investigators how long it had been there, who put it there, and it’s purpose. All of these unknown factors contributed to the public’s immediate fascination with it.

Many believed that it was an anonymous art installation, perhaps a creation of the late John McCraken. Others believed it to be a left-over TV prop, as the area is a fairly popular location for filming. However, by far the most accepted theory is that it was a type of advanced alien technology used by extra-terrestrial beings to visit our planet.

Countless people came to hike in the Utah desert, hoping to catch a glimpse of the mysterious phenomenon first-hand. However, many did not have to chance to see it as it inexplicably disappeared in the night on November 27th, just 9 days after its discovery. The triangular base and a hole in the ground were the only traces left behind.

Because it was installed illegally o 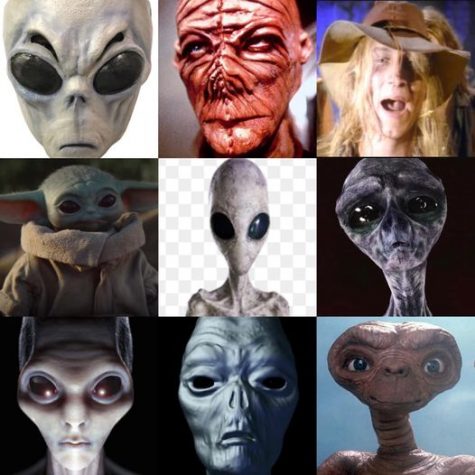 n public land, the San Juan County Sherriff’s department took up the investigation. Unfortunately, they did not have many resources to devote to the case and few leads to go off of. Until very recently, no one claimed to know anything concerning it’s disappearance. In hoping to gain some tips from the public, the Sherriff’s office posted the pictures of their current list of suspects which included E.T. and other aliens from popular culture.

Many had accepted that the disappearance of the monolith would forever remain a mystery, until, recently, a man named Ross Bernards claimed to have the facts. According to Bernards, he was visiting the monolith on the night of November 27th, when four men arrived, pushed the structure over, broke it apart, and carried it away. Bernards’ friend, Michael James Newland, who was with him that night, took several pictures of the incident on his phone.

Andy L. Lewis and Sylvan Christensen claimed to be two of the four men who dismantled the structure. They claimed to have done so because the sudden high traffic of visitors to the area was causing harm to the environment. Hikers were polluting the landscape with trash and human waste, and these men didn’t want the desert to suffer anymore.

It seems as though the case of the disappearance of the monolith has been solved, yet it’s appearance still remains a mystery. Does it have just as reasonable explanation? Was it the remaining legacy of an anonymous artist or film crew? Or is it possible that aliens are now roaming the Utah desert? We may never know.