Although Women’s History Month is nearly over, I wanted to compile a list of amazing women in our history so those of you who may not have even been aware are still able to learn about some amazing women in history

Some of you may not know a whole lot about the women in our history, but with this article, that can be at least somewhat resolved.

First up on our list is Abigail Adams, who is mainly known for her role as John Adams wife. Born in 1744, she believed that slavery was evil and spoke out against it many times to her husband.

She also believed that women should be educated and have a role in government as more than just their husbands companions. Abigail consistently spoke out and wrote letters with advice to our nations founders multiple times throughout the process of creating our government. 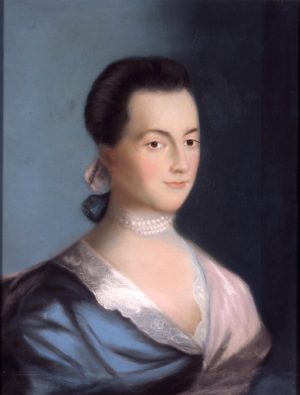 “If we mean to have heroes, statesmen and philosophers, we should have learned women.” Is one of my favorite quotes by Abigail Adams, and perfect for Women’s History Month.

For all of the businessmen and women out there, this one is for you. Our next amazing woman is Madam CJ Walker. She is known as the first female self-made millionaire in the US. (At least documented)

Born in the year 1867, she made her fortune off of by making hair products and cosmetics for black women. She also was a philanthropist and often donated to different causes. Her home served as a gathering place for the African-American community.

Madam CJ Walker delivered many speeches for African-American rights and advocated for the community for many years throughout her life, especially after she moved to New York and became contemporaries with people like        W. E. B. Du Bois and Booker T. Washington.

“I had to make my own living and my own opportunity. But I made it! Don’t sit down and wait for the opportunities to come. Get up and make them.” She said, when referring to her time spent working up the chain of business, starting in the fields of the south.

Next is someone I personally love. It’s Hedy Lamarr! You may recognize her from her time as an actress, but that’s not all she did! She was an amazing inventor and made and improved many different objects, such as stoplights, and airplanes. She was born in Austria in 1914, before later moving to America and becoming a citizen here.

Lamarr told Howard Hughes, an important figure in the airplane industry to streamline his boxy looking planes, and make them smoother so they could go faster.

She also developed a frequency hopping signal that could be used to jam the signals of Axis torpedos during WWII. The techniques she came up with in the 40s are similar to and helped the inventions of Bluetooth and Wi-Fi. 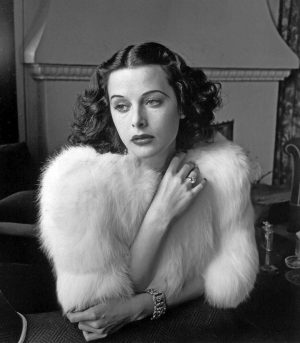 “Analysis gave me great freedom of emotions and fantastic confidence. I felt I had served my time as a puppet.” She said. Hedy was known for her progressive ideas concerning a woman’s worth, and what was worth her time.

Next up on our list is Coretta Scott King. Born in 1927, her husband Martin Luther King Jr. made waves in America with his activism, but she had a huge part too.

After his death she continued his work and opened the King Center and helped establish Martin Luther King Jr. Day.

She continued pushing for rights and broadened her activism to women’s and LGBTQ+ rights. She was very active politically and musically, often putting activist themes into her music.

Next up is one of my personal favorites authors. Ever since reading her autobiography I Know Why The Caged Bird Sings my freshman year, I have admired her so much.

Maya Angelou is absolutely inspiring. She is best known for her book mentioned above, which details her life until she was about seventeen. She was born in 1928 and faced so many different difficulties. She was still able overcame them and became an amazingly talented and world-renowned writer.

She opened the door for black feminism in the 60s. Although her intent on the subject of feminism was debated, it’s impact was as such. She was an advocate for African-American rights and worked hard for equal rights as well, helping to create new organizations and even was asked by Martin Luther King to help organize a march. 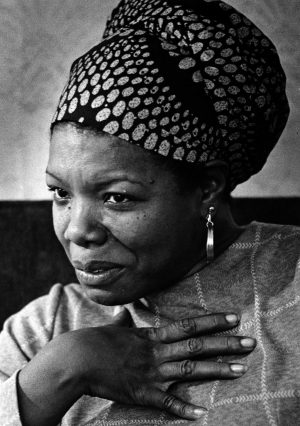 “You may write me down in history with your bitter, twisted lines. You may trod me in the very dirt, but still, like dust, I’ll rise.” She says. Again, highly recommend looking into her quotes more. She truly did rise from hard circumstances and became an absolute inspiration.

She completed many firsts and became an indisputable legend. Her writing achieved so may great lengths, including her piece Georgia being the first screenplay that was produced, written by a black woman.

Don’t worry athletes! I haven’t forgotten you! I actually chose someone absolutely amazing. Jacqueline Joyner-Kersee. Jackie for short. She was born in Illinois in 1962 and she won three gold, one silver and two bronze medals at the Olympic Games.

In those Olympic games she set an Olympic record in long jump for 7.40 meters. Joyner-Kersee also set a still standing record in the heptathlon with 7,291 points. 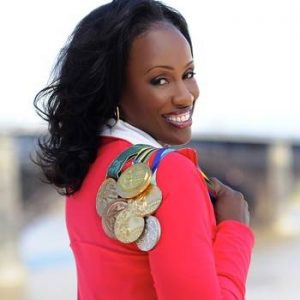 Our final woman we are highlighting is Tammy Duckworth of the US Senate. She was born in Thailand in 1968, yet still a natural-born US citizen because her father was a US citizen. Duckworth was in the military and served as a U.S. Army helicopter pilot.

In 2004, her helicopter crashed after being hit by a rocket propelled grenade. She suffered severe injuries, and lost both of her legs and some mobility in her right arm. She got a medical waiver and continued serving in the Illinois National Guard until 2014, when she retired.

In 2012, she was elected to the House of Representatives and served two terms. She was the first of many, including first Congress-member born in Thailand, first Asian-American elected to Congress from Illinois, and first woman with a disability elected to Congress.

In 2016, she won a seat in the Senate, also giving her a list of firsts. She was the first to give birth while in office and the first female double-amputee in the Senate. She was the second of three Asian-American women to be US Senators, the first being Mazie Hirono and third Kamala Harris.

“We must be an inclusive nation that respects and supports all of it’s citizens: a nation that doesn’t give up on anyone who hasn’t given up on themselves.”

The National Council of Women is the oldest non-secular organization for women in the United States. Today, they bring to light issues that women face and they try to bring the political, social and economic equality of the sexes.

When the UN hosts it’s annual United Nations Commission on the Status of Women, the organization acts as a host to women from all over the world, and showcases them.

All of these women are truly remarkable, and I hope that by reading this article, you were able to learn of at least one more amazing woman than you did before. Happy Women’s History Month!